David and Teresa Pitell have no shortage of great stories when it comes to David’s family home.

Located at 9301 Venango Drive in McCandless, the house went through a lifetime of renovations and reinventions at the hands of David’s late father, Gerald Pitell, who oversaw the construction of the house in 1954.

“Originally there were two aisles because dad ran his business outside the house,” David recalls. “He was constantly remodeling. The kitchen that is there now is the fifth kitchen in this house. He was a building contractor, so when things slowed down, [his employees would work on the house to] have something to do. 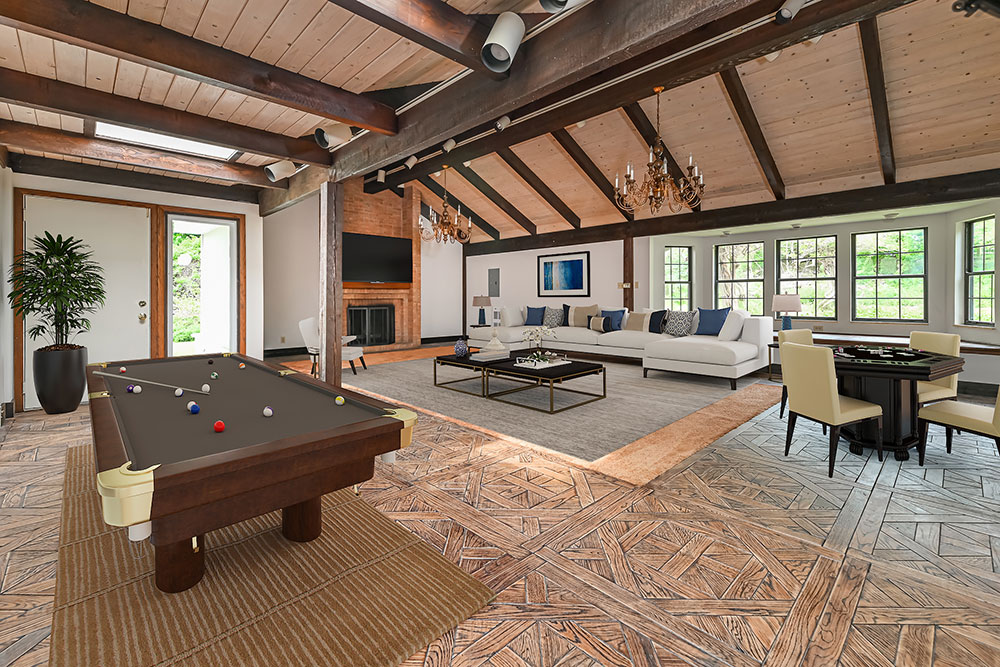 Over the years, the family has taken full advantage of the property’s 1¼ acre lot to expand the original simple ranch footprint into a sprawling home perfect for entertaining.

These days, the Pitells say they’ve spent the past two years overseeing the home’s latest round of renovations to prepare it for sale. It is listed for $498,000 (MLS # 1557192, Beth Danchek, Coldwell Banker Real Estate coldwellbankerhomes.com, 412/389-4609). It is open by appointment.

Featuring a double-sided driveway, the all-white exterior of the home pops against the large expanse of green lawn and trees. A small staircase leads to the entrance, where to the right is a large formal living room with an arabesque wall and an Italian marble facade. 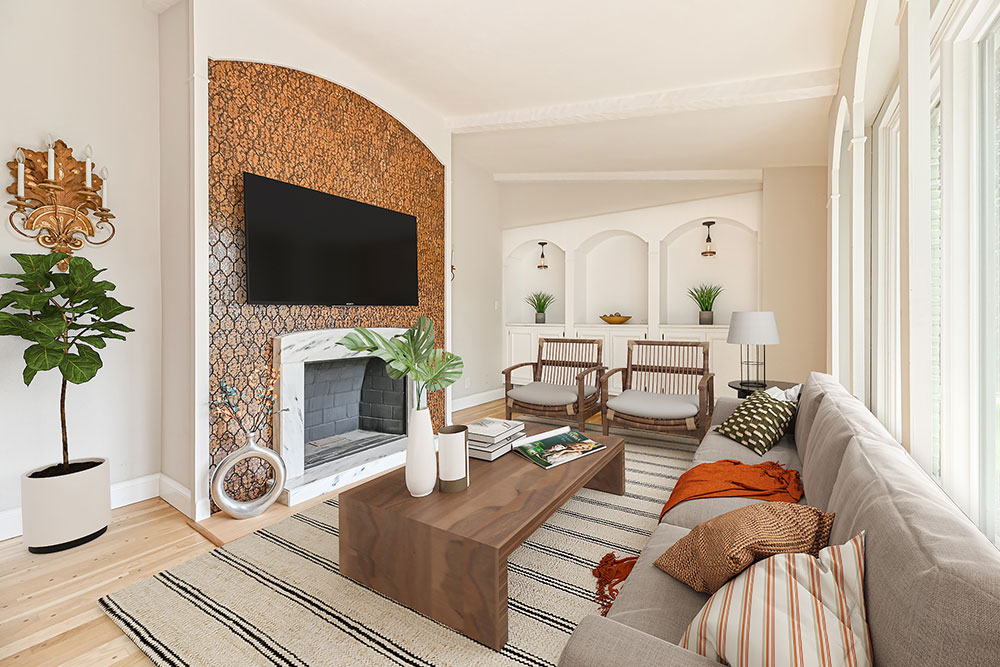 The room has an arched facade in front of the original windows which echoes the many archways of the house – but the real star of the show is the magnificent floors underfoot.

“When I started renovating I lifted the rugs and found the original white oak flooring that had never been touched,” says David. “After refurbishing them, I liked it so much I thought I’d carry it into the kitchen, so I had the same floor installed to transport it.” 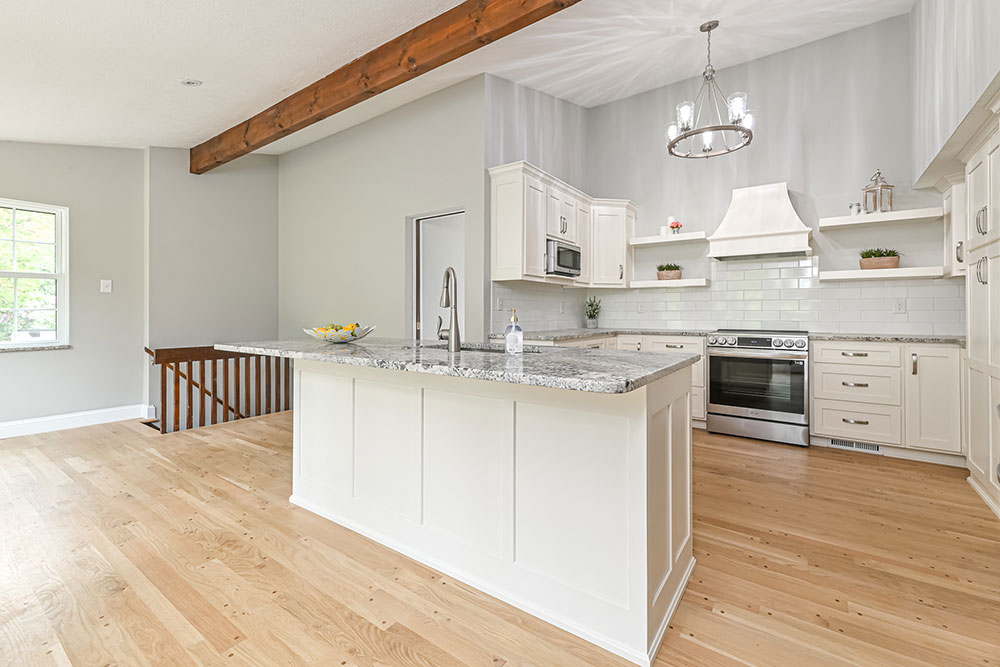 It goes perfectly with the new kitchen installed by the couple. The space features shaker-style white cabinetry, a large island with granite countertops, stainless steel appliances, open shelving, and a fireplace-style vent. There is a large open wooden truss which adds dimension to the space and also mimics a design element found elsewhere in the house.

The formal dining room has tiled floors and a vaulted ceiling with more open trusses. A large black iron chandelier anchors the room while French doors add some privacy. Just beyond that is a series of more recent additions.

“My dad built a big room out back,” David explains. “He was a big game hunter. He wanted two chandeliers and a large fireplace. 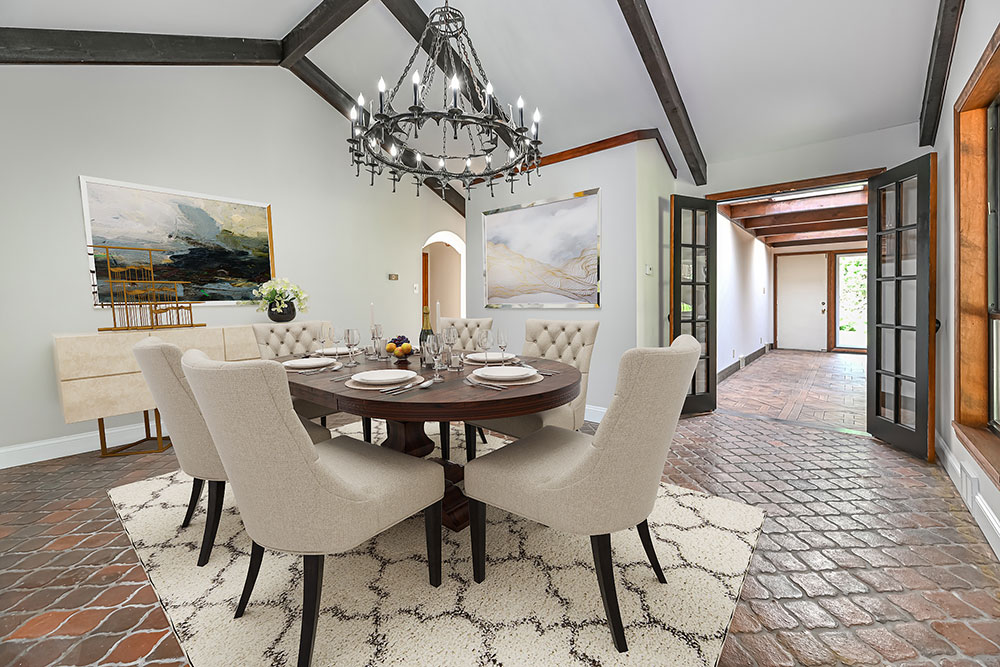 The spacious space features knotty pine, vaulted ceiling and open trusses in their natural state. Track lighting and a wall of windows in a bay window provide additional seating and also fill the room with light. A large fireplace wall adds to the appeal, as does a diamond and cross mosaic parquet floor.

“Even back then, it was really unique,” ​​says David. “My father was ahead of his time – mere wood wouldn’t have done it.” 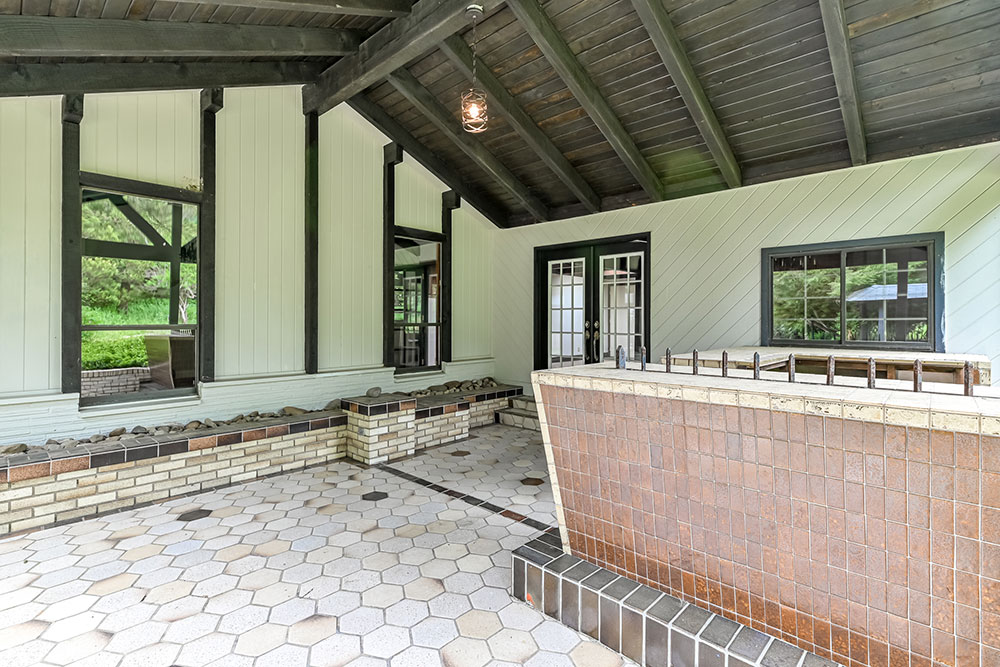 Outside, a covered terrace with a bar and a barbecue area. In the center of the bar counter is an unusual row of old fence spikes.

“The tips are for when your glass was empty,” says David. “My dad thought you could put your glass upside down to fill it. He was quite a character. »

The home’s three bedrooms include a generously sized master suite with new carpeting. The ensuite bathroom has a large stand up shower, natural wood vanity and mosaic surround. 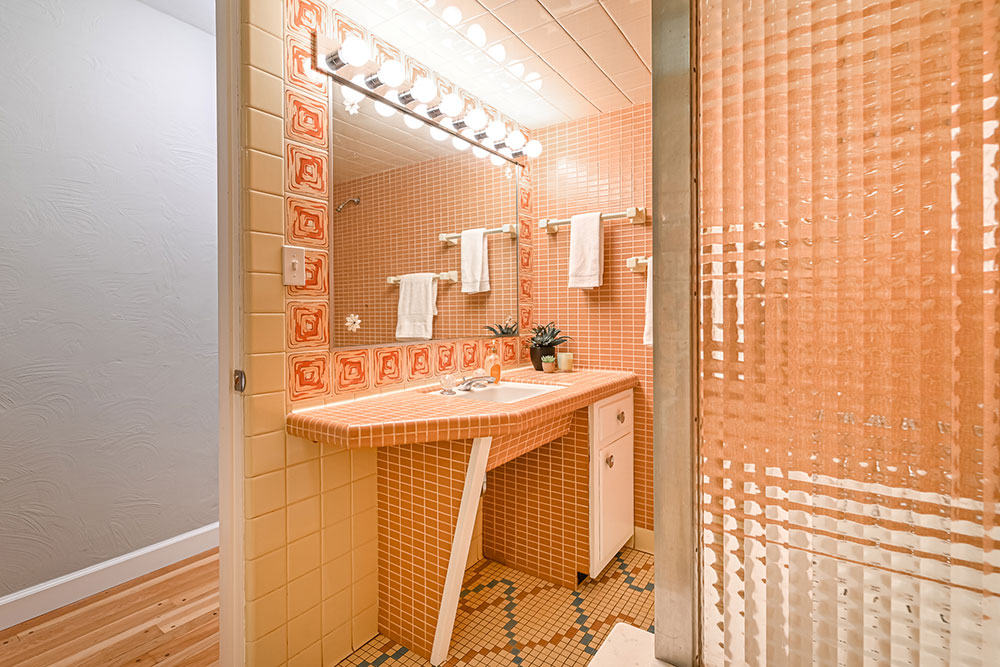 PItell says he decided to leave the original bathroom in place even as he embarked on a whirlwind of renovations elsewhere in the nearly 70-year-old home.

“In addition to the kitchen, I installed a new oven, new air conditioning and redid all the electricity entering the house,” he says. “I redid everything that needed to be modernized or replaced in the house. 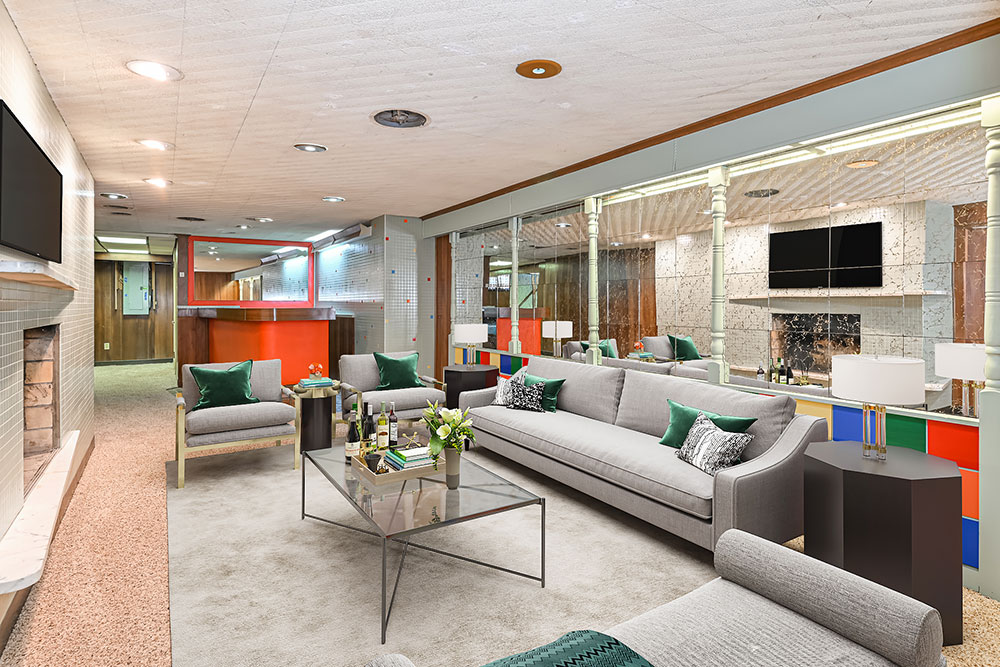 Downstairs is a powder room and a finished basement with a mirrored wall and space for a wall-mounted TV.

David says the house has been a gathering place for many over the years – and could accommodate a large crowd.

“My graduation party was in 1971. We estimated there were 500 people,” David explains. “[My Dad] had a lot of fun. His normal weekly party usually had 50 to 75 people for a gathering.

Hot Property, an inside look at unique and historic homes on the market. Each week, Hot Property goes behind the For Sale sign to share the story of a special Pittsburgh-area home. And four times a year, Hot Property provides an in-depth look at the area’s real estate market in Pittsburgh Magazine HOME, tracking home prices and sales and detailing where hot properties are. Rosa can be reached at onecordovaroad@gmail.com.